Honestly I’ve never had as much fun fishing as I’ve had recently using my new 3 and 4.5 meter whips on the commercials for silvers. Everyone fishes for carp these days and the silver fish are largely ignored, on my local carp lakes anyway. You rarely see anyone using a whip, long pole with strong elastic yes, but never a short whip. It’s so much fun, at times I just have to laugh to myself, fishing has taken on a new meaning. So much so that I’ve invested in another Daiwa whip, 6 meters this time for the River Trent. It’s not as long as it could be, but I wanted a whip that could still be used ‘fish to hand’ without the unwieldiness of an 8 meter pole. I’m sticking with the flick tip system rather than elasticated as it will be for Trent Dace and Roach fishing, with small natural baits.

In addition there are a few small drain in Lincolnshire that I may try this winter. The 20′ whip length plus line reach will put me mid-drain on many of them. Mostly the drains are 5′ deep at most in winter, it should give me a really nice outfit for these slow moving waters, and rivers near home. I know some will say a waggler or stick float would be better and at times I’m sure thats true. But a whip makes this type of fishing so easy, and effective, not to mention enjoyable. 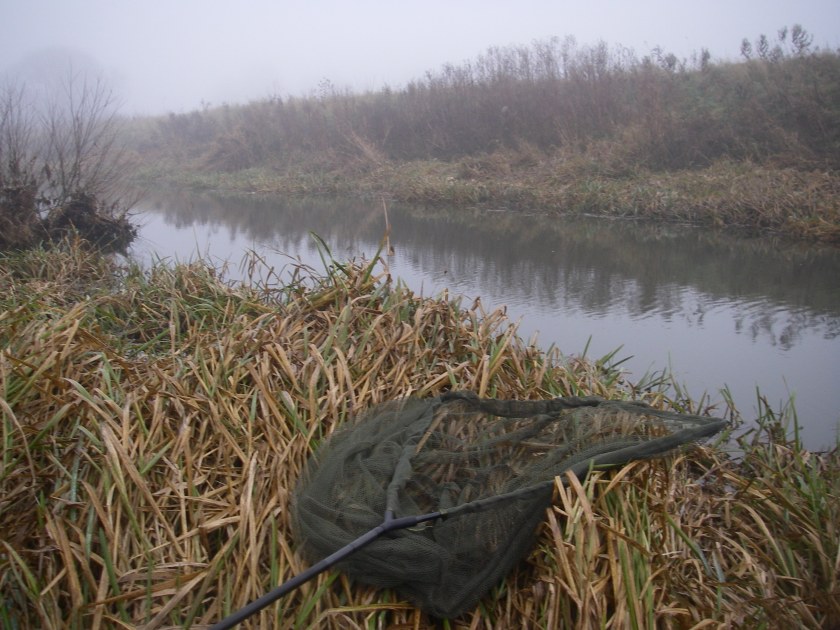 It allows you to fish quickly (not so important to me these days) very accurately and with ultra light hook-links. I’ve done this with the stick, but the upward striking of the whip seems to hook fish better and you miss less, so I’m told by many good pole anglers.

There is a cracking article on whip fishing here; http://www.matchangler.com called ‘To whip or not to whip”. One of very few articles on whip fishing you will find. Why I don’t know but if you’re trying to learn the whip method you have to look at the Pole articles and then bring it down a bit.

Retired and fishing as much as I can. View all posts by Fishermanrichard.

3 thoughts on “Whipping up a Storm.”

This site uses Akismet to reduce spam. Learn how your comment data is processed.